hide
hide
No announcements have been posted yet for Sunday Outdoor 18+ West Division - Summer 2022 .

WEDNESDAY NIGHTS INDOOR 18 and over-
Full teams, partial teams, and individuals welcomed. ( currently on waitlist. please email, imessage or whatsapp us your name to be added to the waitlist)
14 WEEKS including playoffs. All teams make the playoffs. Starts Wednesday October 19, 2022.
Games at 8:00 p.m., 9:00 pm and 10:00 p.m. all games played at Vaughan Sportsplex 2 located at 8301 Keele street.
$250 per player includes all fee’s. 2 X 25 minute halves, 7 V 7 on a double field.

Power up does not accept payment for the women’s program. Payments can be made in one of the following ways.
1. etransfer to vaughanwomensoccer@gmail.com
or
2. credit card form scanned back or picture text / whatsapp to 416-676-7556

Posted by Luana Biocchi at May 4, 2019 5:00PM PDT ( 0 Comments )
more editing options
Whether you want to meet new people, socialize, and workout all while playing soccer - this league is for you. Vaughan Women's Soccer has over 17 years of experience in running a successful and organized recreational indoor and outdoor league with divisions for both 18+ and 29+ year old women. With fully trained referees and different nights and seasons to choose from, count on Vaughan Women's Soccer to fulfill the fun, athletic and competitive side of you. Be a player in our league. We want YOU on our team! contact us at vaughanwomensoccer@gmail.com 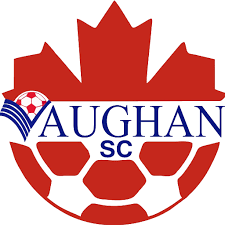 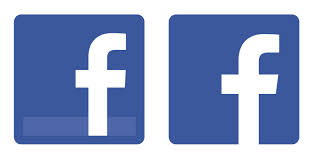 All red cards carry a 1 game suspension. In the case where a player has received a red card in a game for fighting, spitting, abusing the ref or another player verbally – the player will serve the standard 1 game suspension, however a 2nd offense will result in expulsion from the league. If a player is given a red card, she shall leave the playing area immediately. A 5 minute penalty is applied to the team who has received the red card and will continue one player short no matter how many goals are scored against them within the 5 minutes. After the 5 minute period, the team shall return to full strength, excluding the player that received the red card.

If a goalkeeper receives a two minute penalty, her time may be served by another player on the field. For a red card, she will be ejected from the game and will not be allowed to come back to play.

Teams must give the league at least 4 hours advance notice if forfeiting a game. Failure to do so, will result in a 3 point loss in the standings. A second offense will result in $130.00 team fine. Teams will be given a 1 game pass. Teams that forfeit games after that will be fined $130 regardless of whether we receive advance notice or not.

ANY TEAM CAUGHT USING AN ILLEGAL PLAYER ( NOT ON TEAM ROSTER AND NOT REGISTERED WITH VAUGHAN SOCCER CLUB) WILL AUTOMATICALLY BE GIVEN A LOSS FOR THAT GAME. SECOND OFFENCE WILL RESULT IN SUSPENSION OF THE CAPTAIN FOR 2 GAMES (OUTDOOR) OR 1 GAME (INDOOR).

A PLAYER MUST BE READY TO SUPPLY PROOF OF WHO THEY ARE ( IE: DRIVERS LICENCE) IF ASKED BY THE CONVENOR OR REFFEREE AT THE FIELD. IF THEY DO NOT PROVIDE PROOF THEY WILL NOT BE PERMITTED TO PLAY THAT GAME.